I have started a comic series on church history and I just finished the first volume——Jesus.

However, the original version is Chinese. I'm trying to do some translation along side each picture.

But, my English is not good, so I DO NEED YOUR HELP with my English expression (especially context, it's painful to find a lot of meaning lost during translation)

It's kinda long (80 pages), so I divided Volume One with 7 parts and will post it separately.

Part One: What is church?

Part Three: A dream of messiah

Part Six: Not and ending?

Part Seven: It is really you?!

Part One： What is church 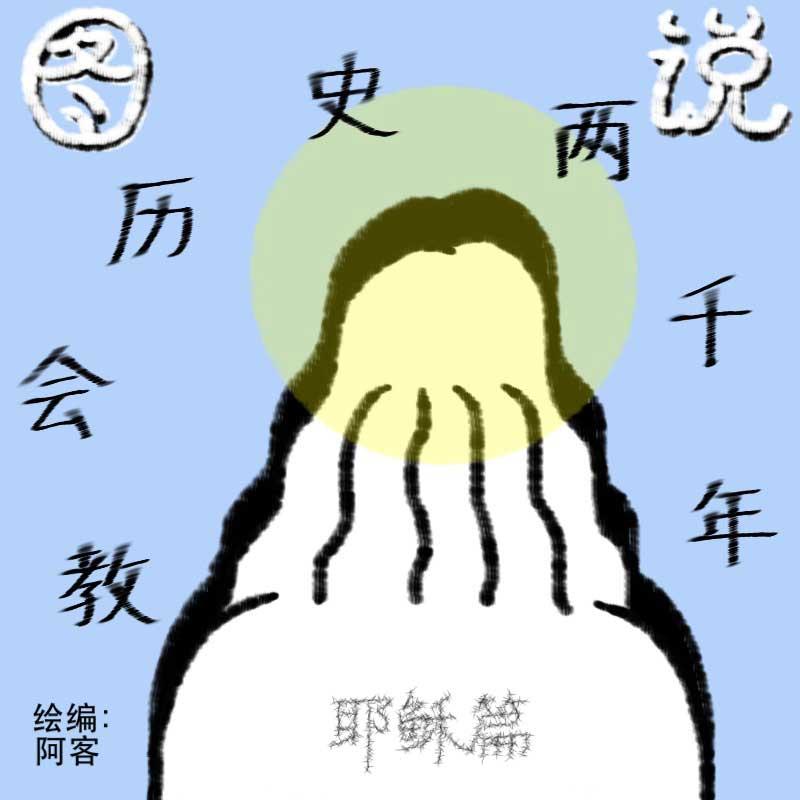 For Him, because he is the reason for all

(One jesus back is a Chinese idiom, loosely translated as):I understand, it's hard to be a human(Let me know if there is anything similar in English) Hi, guys. I'm Archer the story teller. Today I will tell you a super-long story of church history. But I have to ask a question first:What is church? subtitle: What is church? 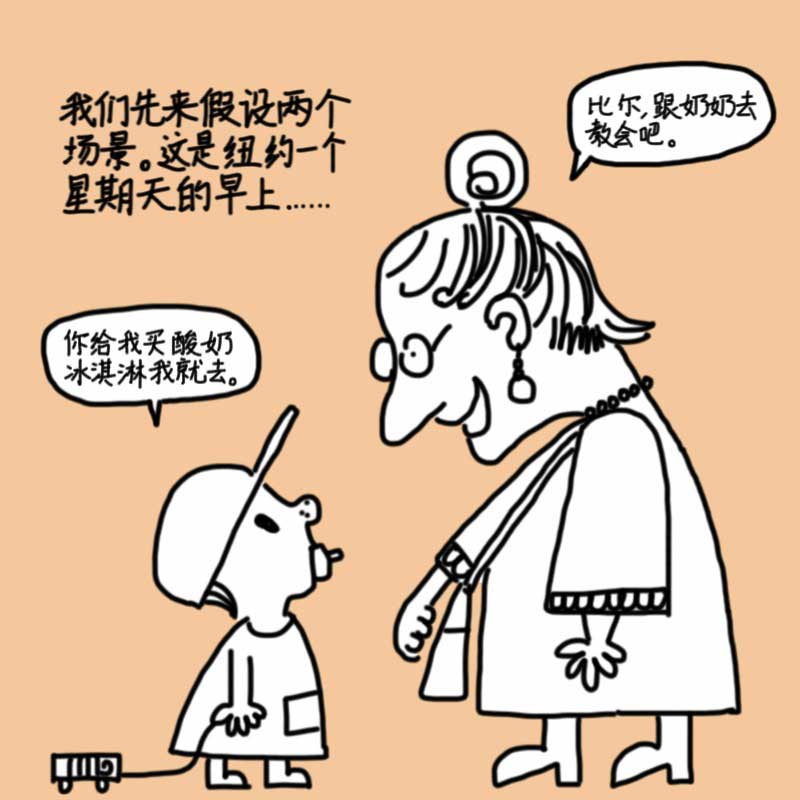 There are two parallel scenes.

Grandma: Billy, would you come to church with me?

Billy:Only if you'd buy me a big ice-cream. 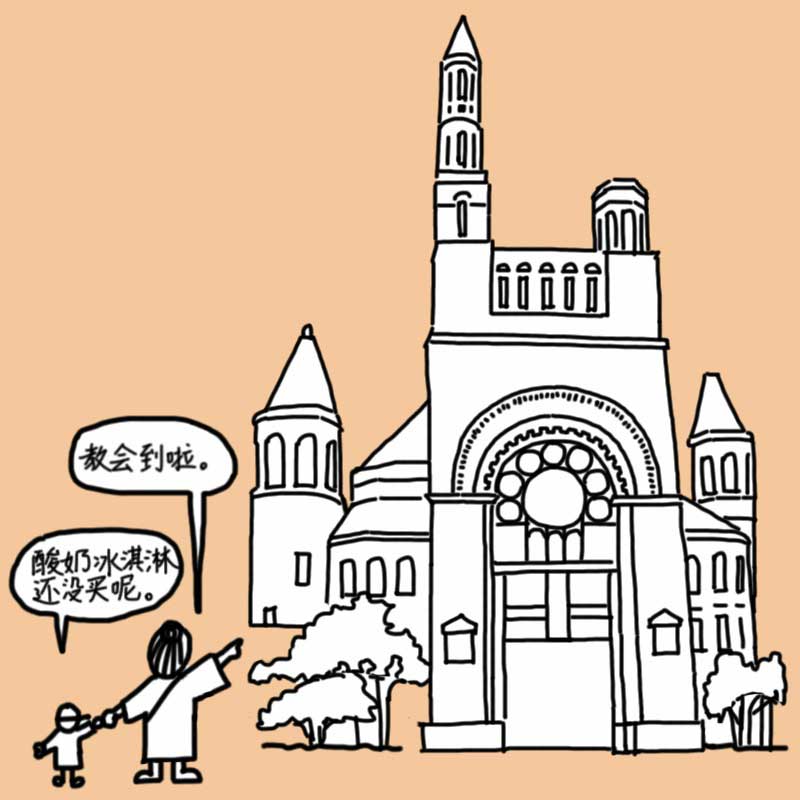 Grandma: Here we are.

Billy: You haven't bought me any ice-cream yet. Kid: Only if you buy me a candid haw(popular Chinese snack) 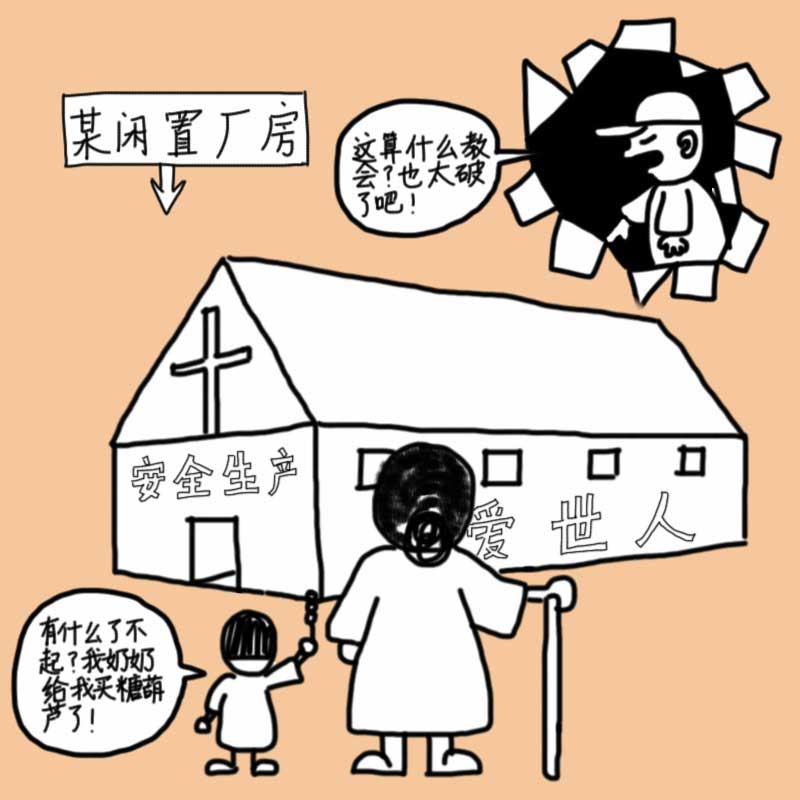 Billy: You call this a church? 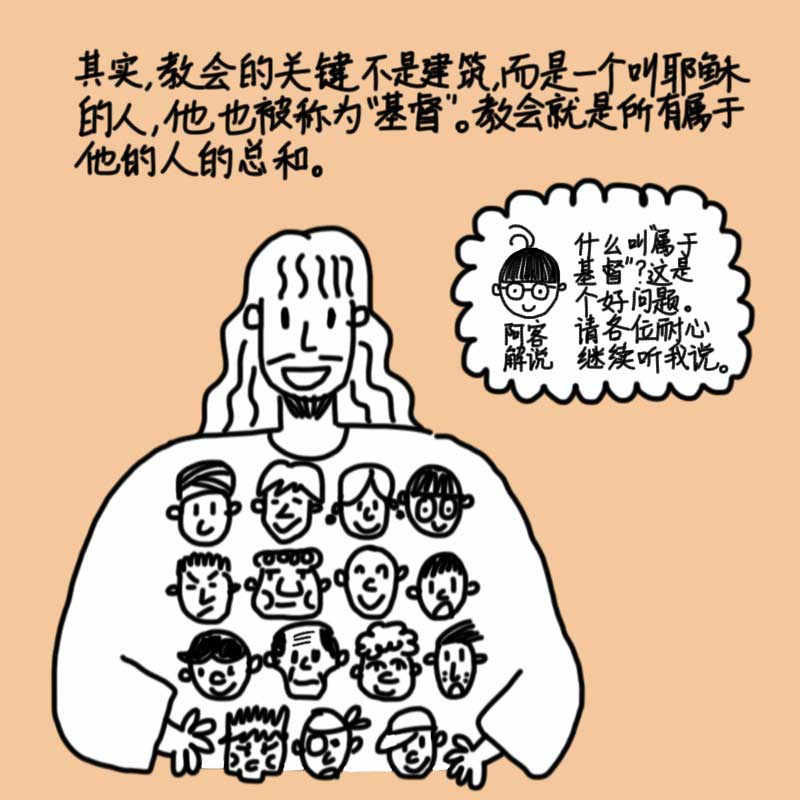 Author: Actually, church is not about building, but about a man called Jesus. He is also called "Christ". Church is ALL THE PEOPLE THAT BELONGS TO HIM.

Comment (inside cloud box):What does it mean by "BELONG TO HIM"? It's a good question. I'll explain it later. 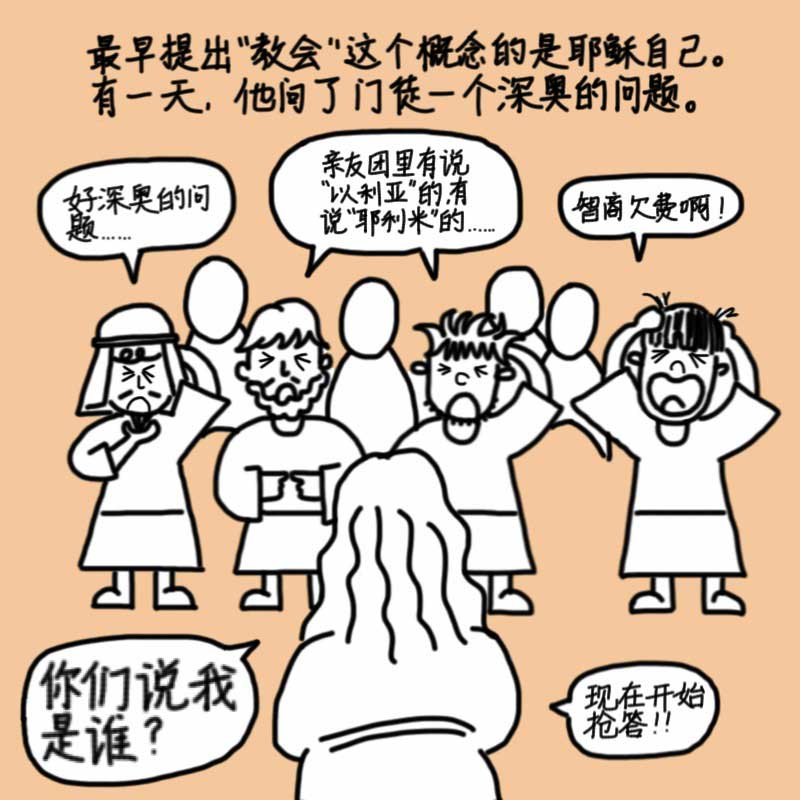 The concept of church was first brought forward by Jesus himself. One day, he asked this disciples a hard question.

Jesus: Who do you say I am? OK, now, quickfire round.

Disciple A: Such a hard question...

Disciple B: Some says Elijah and others say Jeremy... Author: At this moment, a disciple named Peter got the right answer.

Peter: YOU ARE CHRIST, SON OF ETERNAL GOD.

Jesus: You got it. Congratulations. 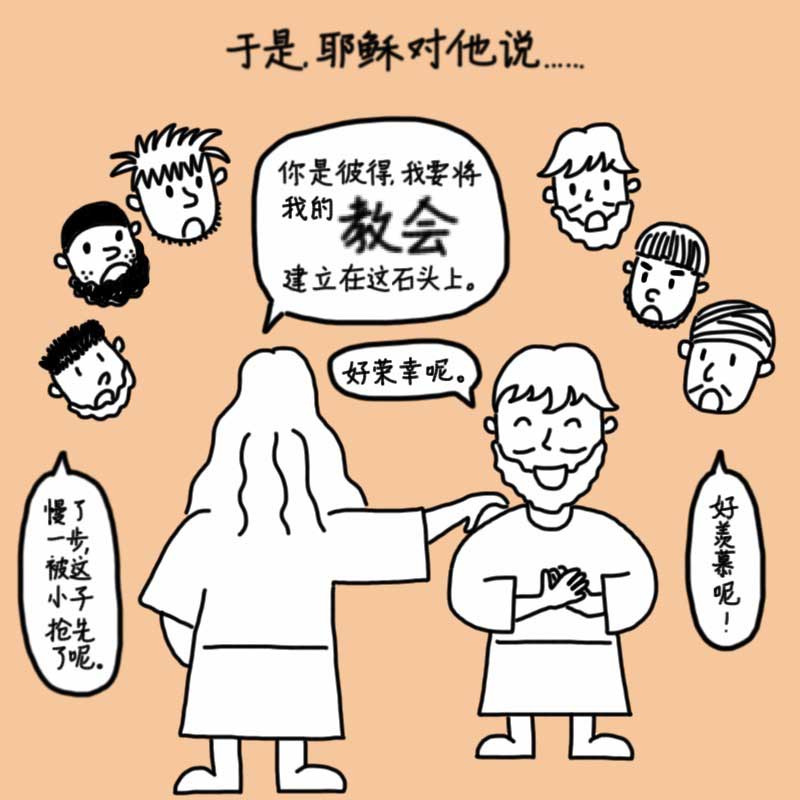 Author: Then, Jesus told him...

Jesus: You are Peter and upon this rock I will build my church.

Disciple A:Too bad. This bro has beat us.

Disciple B: We envy him. (hard to translate, lost a lot of subtext) Pope: "Peter" means "rock", so church was built on Peter. And church of Rome is the successor of Peter, so we are the head of Christendom.

Commenting (cloud box): Catholic is one of the three traditions of Christianity. Pope is the bishop of Church of Rome (Some Chinese audience need explanation on this concept) Author: But protestants have different perspective...

Pastor: PETRE means movable little stone, but the rock upon which Jesus want to build his church is "PETRA". It means huge unmovable rock which is different from "little stone Peter". It's different, OK? 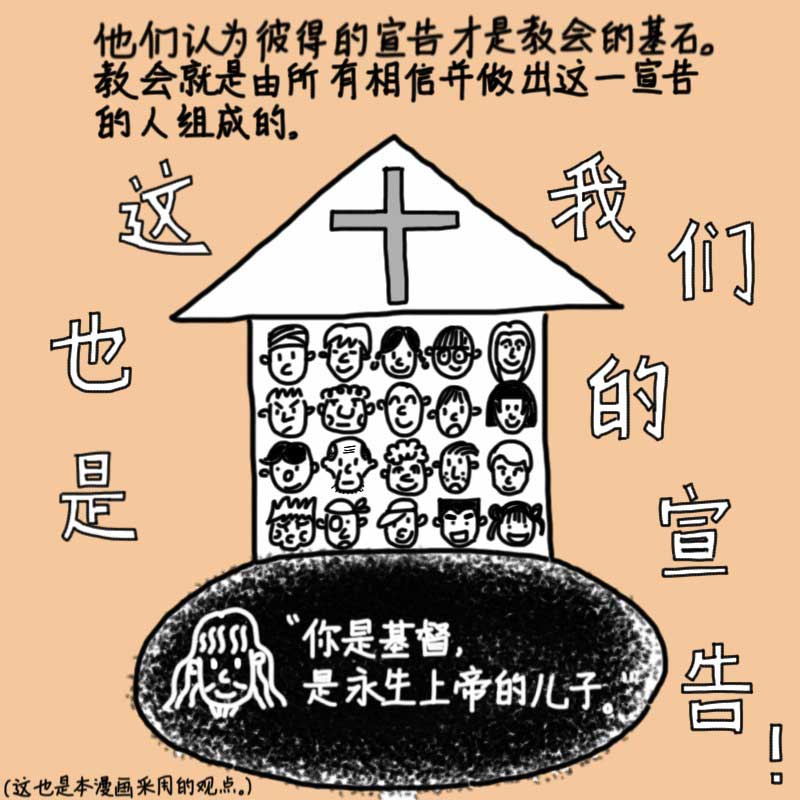 Author: They think Peter's declaration is the foundation of the church.

Big words: This is also our declaration.

Words at the bottom: "You are Christ, son of the living God."

End of Part One

OK. I'll post the rest later. Please feel free to tell me your opinion on my translation....and drawing, of course.