This is a character draft for the famous apostle Yochanan bar Zebadyah (John son of Zebedee). Most Bible readers know that he was a fisherman at the Sea of Galilee, and I depict him here with a bunch of carps from that lake.

I wrote an analysis of his character and history on my blog: http://www.thereignofgod.com/2018/10/09/imagining-the-apostles-john-son-of-zebedee/

One of my conclusions is that he must have been quite young, so I drew him youthful and short, and with an old tunic that was handed down from his older brother Yaakob (James). Just as his brother, I believe he grew up in a traditional home, so we see long sidelocks. He became one of the central figures in the early church. 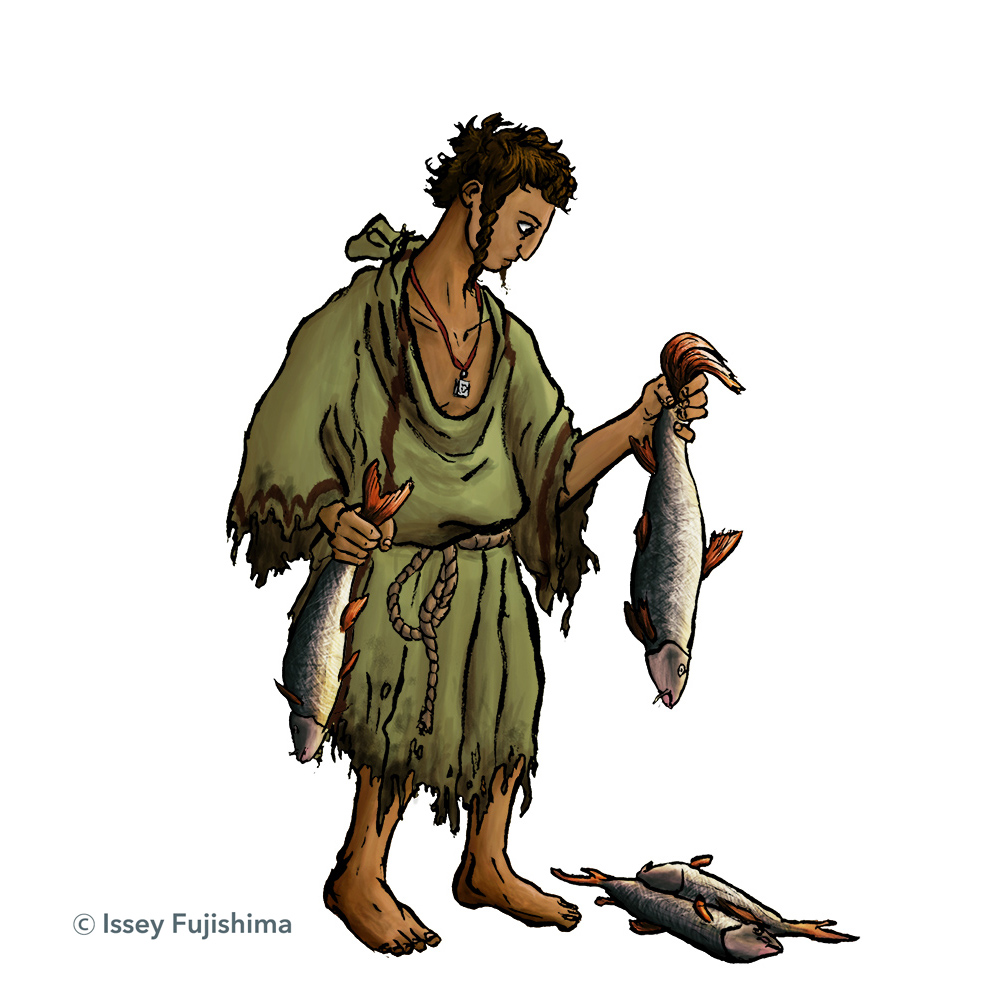