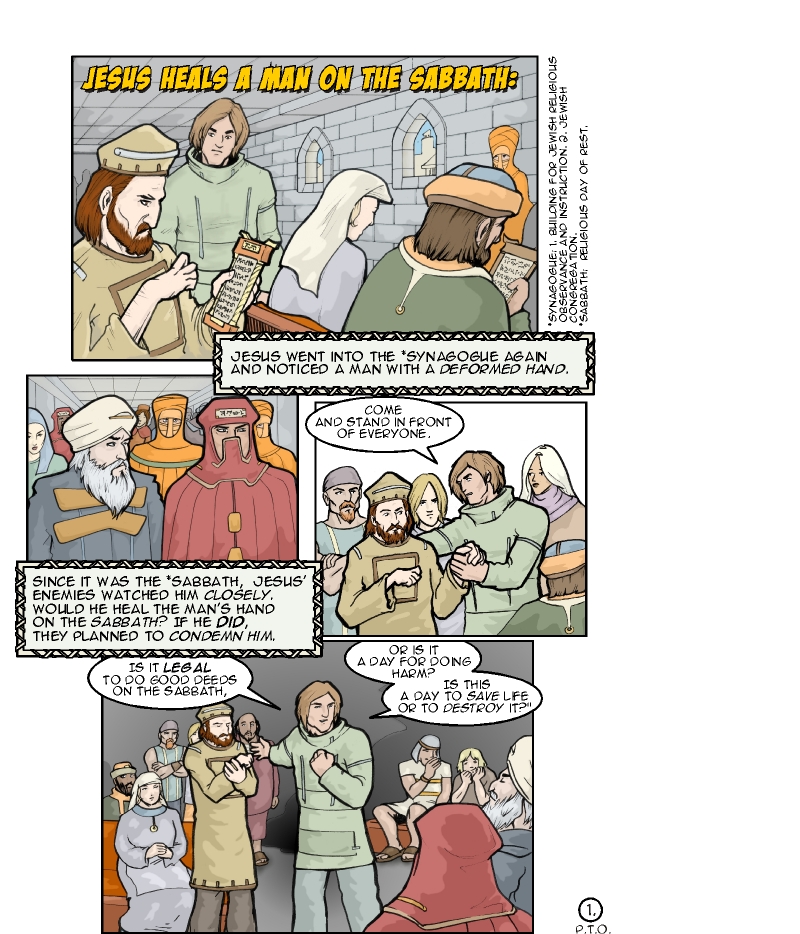 this was originally a sample created to show the Bible Society In Australia as a proposal to create the Gospel of Mark in Graphic Novel form. My idea was to make it look kind of 'medi-evil' but a little bit Sci-Fi and 'other worldly'. similar to stuff I've seen on Stark Trek etc. with another world they come accross. I made up a bunch of designs for freaky looking priests and Royal Robed Authority figures. It was so involved, because you have Herods Men, the Jewish Authorities in another style - and they have their own soldiers, then you have the Roman Authorities and their soldiers. so there was so many distinct styles to create that had to be a bit different from each other but all come from the same world. I would have liked to made the Church building look more trendy in hind sight- as I had a bunch of wacked-out designs for buildings in the same styles. Needless to say I haven't completed this project but I thought this sample stands alone as a kind of tract in itself. I was really attracted to this little enclosed passage as a bite-sized chunk I could acheive.