Funny i couldn't find a way to edit this earlier, but now I can.

This picture will be featured in an italian book called Storia filosofica dei fan. Its a book that is academic and is research of fans of pop culture. If your in Italy, I dunno, I guess pickup a book XD.

My midterm project from my art class. This was such a challenge because of it was charcoal. It was sort of a feeling of a first time, even though Ive used charcoal before. My problem was contrast on this project so I really wanted to correct it, and took a late as a result. I could of gotten a full if it was like this when turned in, but it was probably better than a few more points if I turn it in earlier.

THis is slightly photoshoped. I might take a better photo at a later time, since its not that close to the original picture yet.

Please don't ask me too many questions about final fantasy. I don't know much about the game, other I appreciate its art and music.

Title name's reason is because my teacher said it resembles the mona lisa's smile. At first I wanted to put smile, but then the innocent was more snazzy. 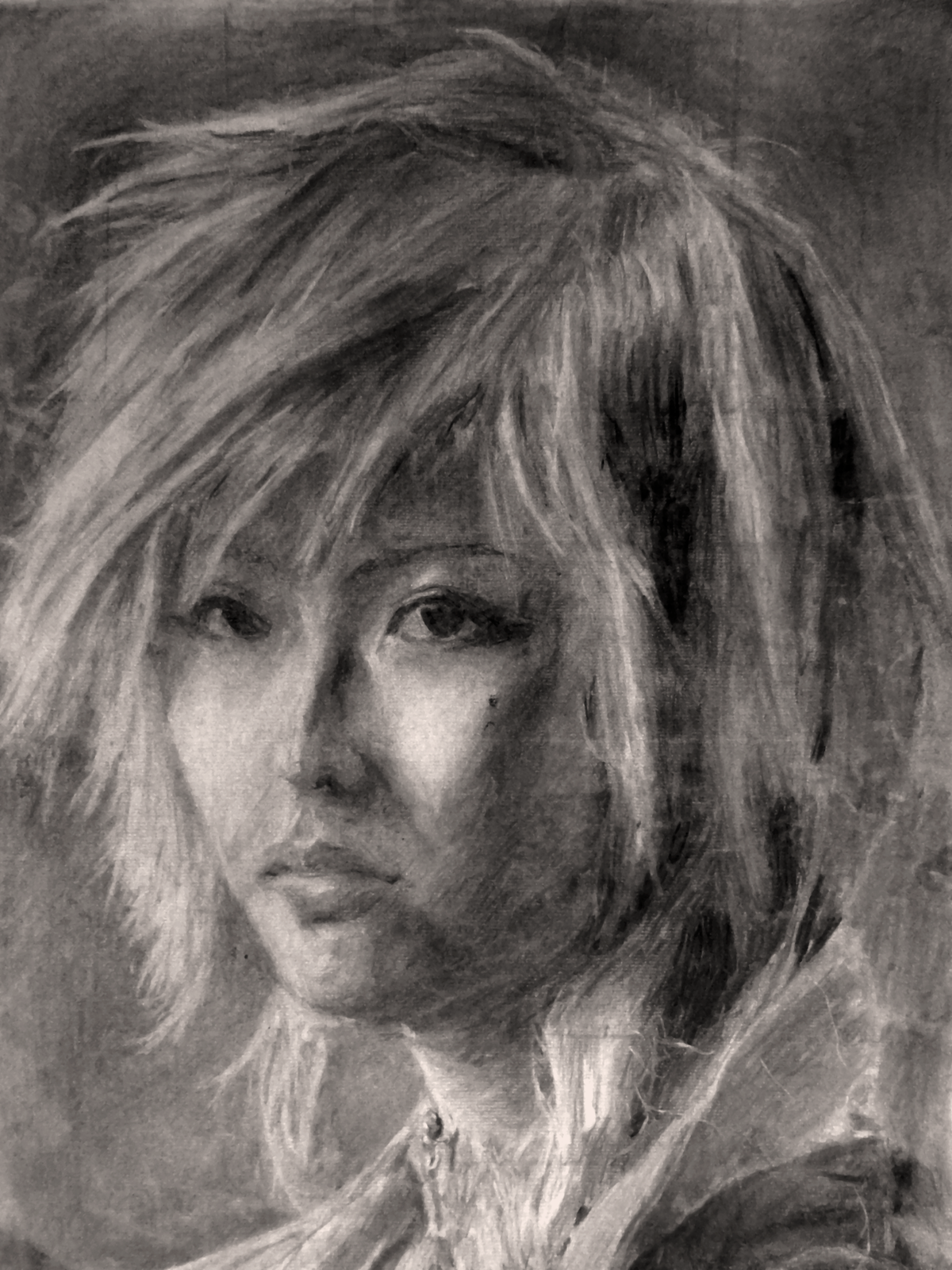