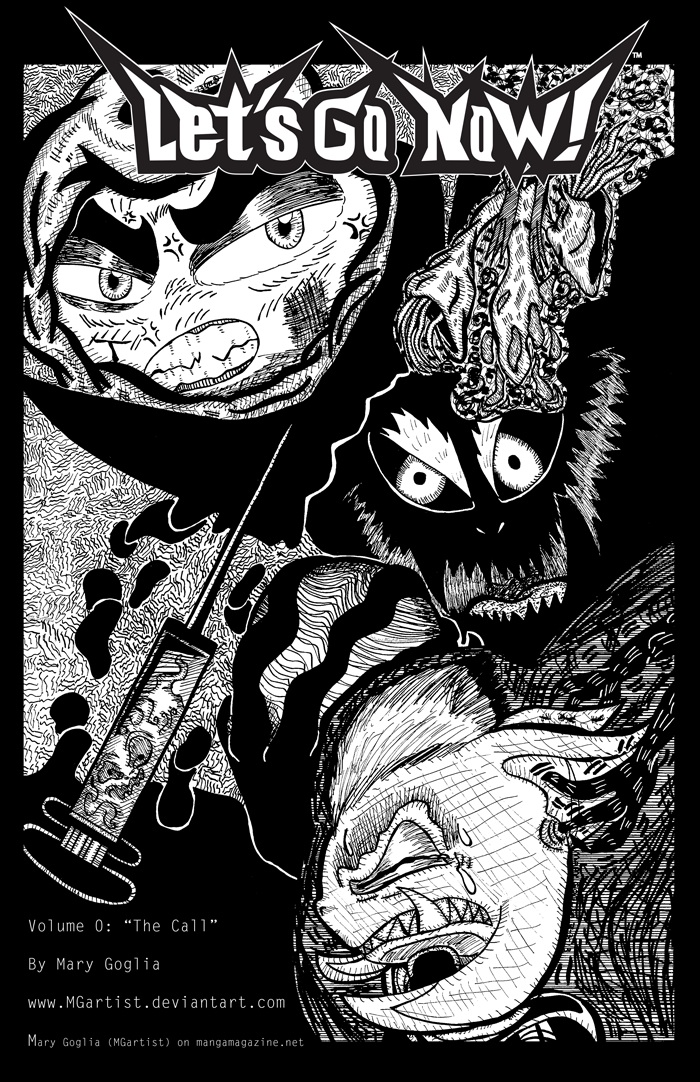 An original young adult comic by Mary Goglia. This series is intended to be printed in graphic novel form.

Unknowing and unexpected heroes are chosen to combat an ancient evil while unearthing seeds of a forgotten past, finding themselves caught in a war older than time and space itself.

"Let's Go Now! (TM)" is a science fiction and fantasy epic where love, jealousy, faith, truth and lies collide; how one's choice can change everything.

"The Best of Good, the Worst of Evil and the Barrier in Between. When One Choice makes all the difference... (TM)"

Trademark and Copyright 2005 - 2014 Mary Goglia. All rights reserved. All pages, artwork, writings, characters, names, logos and other identifying features of this comic are the property of Mary Goglia. Do not reproduce without written permission from the creator. Please note that failure to comply will result in legal action.

Some behind-the-scenes information about the production of my comic:

This comic was created - in terms of my story having an actual goal and theme/purpose - was when I was in ninth grade around November 2007. I am also using some earlier elements and characters from comics that I made in middle school, which was mostly made in 2005 and throughout 2006-2007 as well as a few years before 2005 (but those years are a bit vague in memory).

I began the production of the finalized pages and continue to do since March 2012 during college. This is an ongoing comic project.