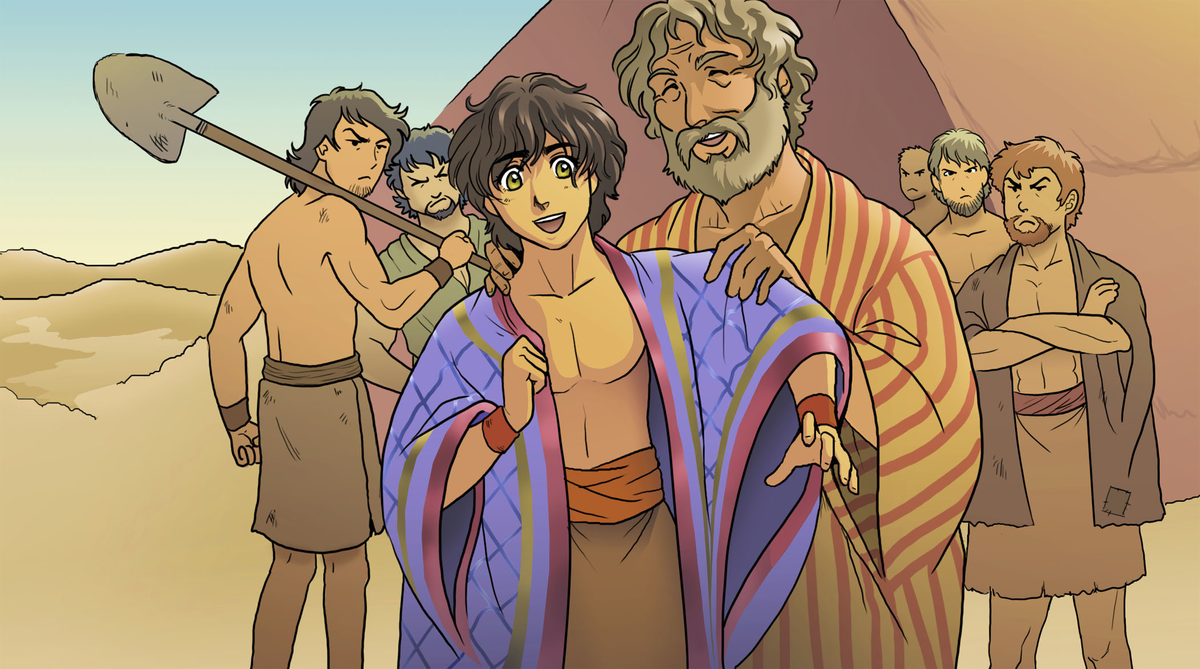 Repost. If you have a favorite kid, at least don't make it so obvious :facepalm:

Joseph was son of the Hebrew Patriarch Jacob, the 11th of 12 sons. Because he was miraculously born to Jacob in his old age when his mother could not conceive, Joseph was particularly precious to his father. As a result, his brothers became jealous, tossed him down a well, faked his death then sold him into slavery. That's some mafia stuff right there :-O

Joseph was bought in Egypt by Potiphar, an officer in Pharaoh's service. Because God was with him, Joseph was gifted with ingenuity, excellence and could reveal secrets and future events through prophetic dreams. Joseph, unfortunately, caught Potiphar's wife's eye and when he refused her advances, she practically accused him of rape and got him thrown in prison.

Can you imagine getting incarcerated for doing the RIGHT thing?!

Thankfully, God was STILL with Joseph in the middle of all that hell and he went from being a prisoner to being in CHARGE of the prison. He would also interpret the dreams of his fellow inmates and they all came true. The dreams God sent him ended up helping him save the entire nation of Egypt from a global famine. Pharaoh recognized him, gave him an Egyptian name, and appointed Joseph second-in-command over all of Egypt. That's like being Vice President!

In this new, high position, Joseph soon encountered his brothers again, driven to Egypt because of the famine. How do you think Joseph reacted to them?

You can find out the rest here https://www.biblegateway.com/passage/?search=Genesis+37&version=NIV