I became a Christian on June 16th 1984, after years of running from Christianity despite the fact being born and raised in the church(s). Shortly afterwards baptized in The Holy Spirit on July 14th the same year and underwent Water Baptism on January the 6th, 1985. Immediately I decided to turn my life around from doing amateur comic books where the greatest goal and highest ideal was what my mind could conceive, to instead glorify God with NEW CREATIONS. God has added creation after creation over the years but nothing has materialized for various reasons. After dropping out of The Art Institute of Atlanta in 1986, due to lack of confidence and the sky high cost of tuition I returned to my primary trade of Electronics. In the early 2000's I attended Lane School of Art where it was my full intention to pick back up my dream of doing Christian comic books. However, the owner Robert lane, a fine Christian gentleman, died and subsequently, the school was closed. Despite my age (I am in my fifties) I STILL believe God can use me to do Christian comic books. Presently I am the primary caregiver for my father and perform work in Electronics. In addition to ministering to the needs of the Saints through a ministry of helps (1 Corinthians 12: 27 – 28) I am also a 'Big Brother' of sorts for younger Christians especially people in their twenties. Despite my age I remain ON-FIRE for God and the strength of my imagination remains unabated. Now that things are slowing down a bit it is my every intention to pick back up, hence, my wanting to join Christian Comics Arts Society. Thank you.

A Comic Book writer and amateur artist with his own 'underground' comic book publishing company, as described here; https://en.wikipedia.org/wiki/Underground_comix

"I read your ideas, and I also think the first option is better!" 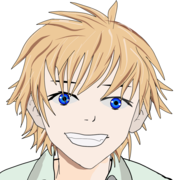 "After sleeping on it, in case interesting to others, I am going to proceed with the first option. Otherwise I would have to have the other person's personality be logical if they are mysterious or not - it has to be consistent either way. I think it…" 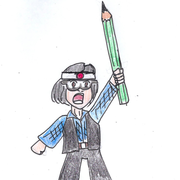 "Hello there! I am a total amateur, but if I may make a suggestion? The way I work is I write out the dialogue along with notes of setting and actions in parenthesis. What helped a lot when I was beginning was to draw essentially equal sized panels…"

"Dear Mr. Weckerly: I have downloaded the word document and will look it over. In regards to the legalese, your work is safe with me. I've had too many people (supposed Christians no less) get in the way of my own work to do it myself (oy!).
My…"

"Hi Mike: I've added a word doc to this thread below the pictures, if you can't open it please let me know and we can try to send it via email. If you have any questions or suggestions about content, please let me know. I'll check in with you by…"

"Dear Mr. Weckerly:
Sure. Let me know what pages you want to be done and I'll be glad to give them a try.
God Bless You,
Mike Jacobs"

"Good stuff Mike
Would you be open to a test run? like writing dialog and captions for 5, 7 or maybe 10 pages (with direction, setup, bios, etc)?
Trying to get a feel for working with a writer, have a few others who are interested that I'm talking…"

"Dear Mr. Weckerly:
I do. What is below is from my own project, the Samaritan. This scene is where my hero gives his life to Christ.
Let me know what you think.

"Hi Mike: thank you for your reply. Do you have samples of your writing I could review?"

"Hi! I might b interested. I have done some scripting for my own work and I am a fairly decent storyteller. I would even be willing to swap work as I need an illustrator for my own work. God Bless You.
Mike Jacobs" 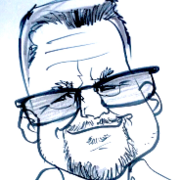 "Yes! I would LOVE TO! Here’s my blog! Just type in Luther in the search bar and they should all come up for you! - James Lawson
https://reformationcartoons.blogspot.com/?fbclid=IwAR0CctEPs4B0GvtP..." 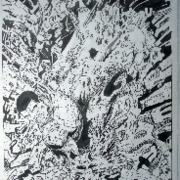 "Hi Christopher... Am Michael Mohammed and I am a Comic book artist... If you're still on the look out for an artist I'm available for hire... You can email me at mohammedmichael80@gmail.com we can talk better and I can also show you some of my works" "Thanks for posting this. It looks really interesting."
More…
Loading ...