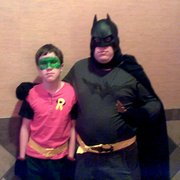 Writing all sorts of things, including short stories, the occasional novel, poetry, skits or plays, and comics. I do some drawing too, but I think I'm a lot better at writing (and I like it better overall).

I was raised in a Christian home and said a prayer of salvation when I was only four. However, I wasn't very serious about my walk with God for a while, and I fell deeply into sin in my preteen years. When I was thirteen my family started going to a more active church than the one we had been at before, and I began to get serious about God. I have walked with Him since.

Writer of one or more successful ongoing series.

Hey everyone, I'm a writer and I've written several chapters of a story about a Christian superhero called the Watchman. I'd like it to become a comic book eventually, but right now it's just in written format. If anyone would like to read it and…
See More 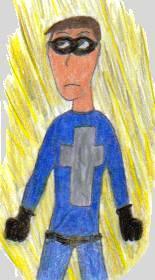 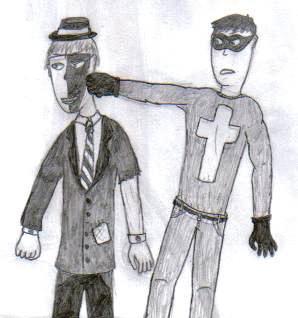 "I haven't been too impressed with most of them, with the exception of some of the Batman and Green Lantern titles, but even those I haven't followed consistently because I was just so disappointed with the reboot as a whole. However, when all the #1…"

"Good question, Miriam. I didn't see too many parallels other than the overall genre and maybe some familiar character archetypes. Yes, Firefly is a space western, and Cowboys and Aliens also combines space with westerns, but they're kind of opposite…"

"The article looks good. Thanks, Scott!"

"Okay, that makes sense. I know there was an older one called The Picture Bible, and there's a new one called The Action Bible, which is basically a comic book/graphic novel version of the old one, coming out in a few months I think.

"P.S. Martin, I didn't think the comic version of The Picture Bible had come out yet...do you mean The Action Bible?

Martin Murtonen said:Tullus.And the picture bible comic - that was fantastic."

"Though I'm a Christian and I love comic books, I'm afraid that I don't know of very many comic books that are considered Christian, and the few that I have gotten to read seem somewhat corny and not very deep. However, since I saw someone mention a…"

"This is awesome. Looks very dramatic, and it is an accurate representation of the future."

"It looks good, Nathan. What's the story about?
Also, I looked at the art you gave me for my birthday, and I liked it. The John the Baptist kid was funny. I see you've got some more of those comic strips in your photo gallery here, so I might have to…"

"Hey Melchizedek, I just got around to reading Allegories of the Way Volume 1. Nice job! Your artwork is good and I liked the concept of the story--spiritual warfare is an important topic. The story with Stacey at the end seemed especially powerful…"

"Hi, J.C. It's nice to see another Christian comic book creator! I read your testimony/description and I'm glad to hear that God has given you the idea for a good story that you can illustrate as well. I've also noticed a significant lack in deep…"

"Haha, thanks. Yeah, I did that for Halloween."

"Hi Brandon, thanks for adding me. I like your drawings and your use of already well known characters, like the Spider-Man, Superman, and Batman families. I also enjoy both apologetics and swordfighting, so it looks like we've got some things in…" 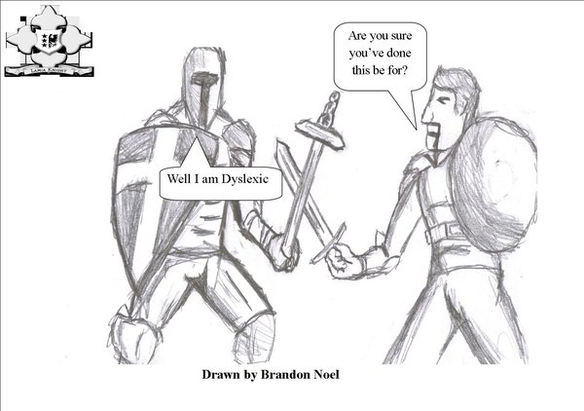