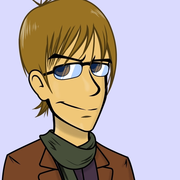 I love to draw and write comics, but God has given me many more talents for me to use for Him. I also write record and produce my own songs, play guitar/keyboard/bass/mandolin, sing, voice act (I do voices for most of my cartoon characters), and I of course draw and write stories. I often combine my music with my comics, and write songs for my comics. Kinda fun. :P

Well I was raised in church ever since I was a little kid, and accepted Christ in my heart at age 8. I am probably one of the quietest people anyone will ever meet. Yet in 2007, I felt like God was calling me to sing and write songs for Him. Singing is something I thought I would never be able to do, but as I stuck with it, I've come to discover a talent I didn't know I had. :P Now, I believe God's called me to use all my talents for Him, not just songwriting. My comic, The Extraordinary League of Christianity, has only gotten as far as it has because of God I believe. I would explain the whole story, but don't wanna write a long description here. :P Anyway, I feel God has created me to be quiet useful for Him in some way. What I do, I do it regardless of if I have an audience of 1000, or just 10 who are impacted by my stuff. I'm called to use my talents for God, regardless of fame. :)

I'm not too familiar with most comics, I just have a big imagination and love to draw them. :) I guess my dream job in comics is to one day make an impact with the news of Christ through my ELC comics... encouraging Christians to be a witness where ever they go and whatever they do. To teach the youth of today to not back down away from the new generation that is rising that I believe doesn't truly know God. To have my ELC comic stand up for what's right, regardless of the people who may bash it.

I don't know too many comic creators honestly. I would say Stan Lee... and one of my bosses from Phoenix Fire Entertainment, Lars Swearingen. Besides that, I don't know any really well known creators out there. :P I'm no comics nerd, just like making them. :) 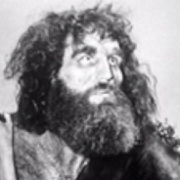 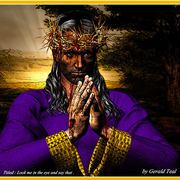