I just came back from seeing Dinesh D'Souza's "Obama's America 2016". 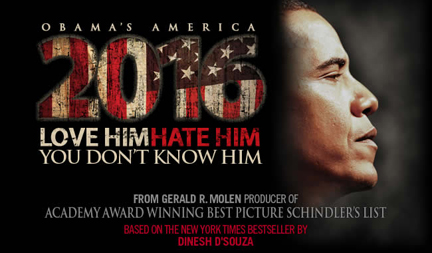 I really cannot recommend it enough. It is a thoughtful investigation on who Obama is ideologically, and seeks to uncover what he believes, and why he believes it.

No ad hominems, no hysteria, but a thorough look at his formative years, his parentage and family influences, and his political and theological mentors.

Man... whether you are for or against him you ought to see this film for the simple reason that- as the subtitle suggests- you really DON'T know him. (Because quite honestly, we were never allowed to know him.)

First Previous of 13 Next
This reply was deleted.
Scroll